I finally had my first Italian conversation. Woohoo!

Speaking real Italian in a real conversation with real people is real hard!

But I survived, and Idahosa told me that’s all I had to do. In this post, I will break down exactly what I did.

Armed with my dozen or so phrases from Pimsleur, this week I tried out what I knew on real people. I used italki.com to find native teachers and free language exchanges to learn via Skype.

After making a profile, I searched for any native speakers who wanted to do language exchange in English and Italian. Then I sent each of them a message and organized the chat. A lot of them were more than willing to converse since it was hard to find native English speakers in Italy. Once I had my list added in Skype, I had my own little Italian phonebook I could call upon for practice. Another great thing about italki is its convenience – there’s a wide pool of people to choose from. Like airbnb, there are even tutors who allow “instant booking” for lessons right away.

In total, I had six conversations and survived to about 15 minutes each. Of course, the other person did most of the heavy lifting.

By this point I was getting very good at mimicking Italian sentences with a good accent. But live practice with other people proved how little I was actually prepared for it.

I still stumbled over words a lot and struggled to say anything organic and had to rely on the other person to keep the conversation going.

I think that having some scripts ready would have given me enough of a push to keep basic conversation going.

Nevertheless, these conversations were helpful. I had instantaneous feedback on whatever I said and we could chat about whatever we wanted. The downside is that they were draining – I could only take so much of it in a day.

On top of that, I still kept at the regular regimen of “walking Pimsleurs” for about 1-2 hours per day.

Keeping in the spirit of developing my Italian ear, I added in more varieties of native speech. The first of these was an app called Radio.fm (iphone and android) which lists the top radio stations in any country you want. I began to supplement my morning routine with Italian talk news radio.

I chose a Talk/News Radio station because the hosts were speaking quickly, but clearly. I didn’t have this just playing in the background. To get the most benefit, I put headphones on with my eyes closed and consciously tried to pick out the words I knew.

Each day, I found that there were a few words here and there that I could understand.

When I wasn’t doing that, I’d play some Italian hip-hop artists on Spotify. Since it was music, this was a little less intensive and more fun than the talk radio but still beneficial. Once I found artists that I liked, all I had to do was setup this spotify station to keep more music in the queue.

As an introvert, all these methods were great for training my ears without having to talk to many people throughout the day. The next steps ahead are to create my personal scripts. In addition, I’m shooting for at least one hour speaking (italki) and one hour listening (radio/music/pimsleur) each day next week.

If all goes according to plan, I should be able to speak on the majority of common conversation ‘introduction’ topics for at least a few minutes.

Once I’m past this point, I should have a huge confidence boost. It should be so good, people will think I’m a native speaker – at least for the first few minutes of conversation.

Idahosa tells me that I need to have these scripts ready by next week, where I’ll have as many in-person conversations as I can each day. The rough conversations this week were enough of a motivator to get me to Scripted Conversation as fast as I can. 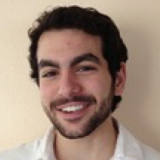